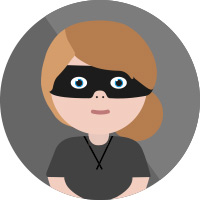 My name’s Ea Amalie Løsecke Olsen, and I'm a graphic designer with both design skills as well as concept & campaign development. I’ll describe myself as a passionated graphic designer with broad design experience in both online and offline ”areas” plus I’m extremely creative - just look at my IG (here). I have juggled with graphic design the last 12 years, and learned a thing or two at the way.

If you wan't a more detailed CV please look at my LinkedIn profile.